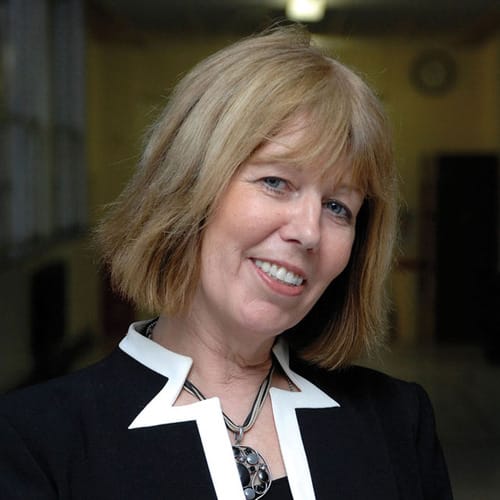 We have received the very sad news that Jenny Campbell, former Headteacher at Reddish Vale, has passed away, after losing her battle to cancer.

For those of you who knew her, take a moment to remember how much she committed and contributed to the development of the school.

Jenny joined Reddish Vale as a teacher of biology.  She became a Head of Science, Head of Lower School and then was promoted to Deputy Headteacher. Her aim was to become a Headteacher which she achieved in 2006.  Altogether she served Reddish Vale for 36 years.

Jenny worked tirelessly for the Reddish Vale Community. She was instrumental in getting funding to build our school farm and was a champion of science and technology. She was always looking for opportunities to improve the lives of the pupils at Reddish, and she achieved this through setting up the Mini School. She was also a big supported of the Performing Arts.

For those of you who have connections with Reddish Vale High School over the years, you will remember the difference she made to people's lives.  Her other great passion was her horses, she was a very competent rider who took part in many competitions.

Our thoughts are with her family and friends.