Contacting school by phone to report absence
For pupil absence please ring before 8.30am using the main switchboard and press 3 for pupil absence. If absence is not notified before this time you may be called by one of our attendance team to verify their absence.  You may also use Parenthub to inform us of any pupil absences.

Punctuality
8.35am - All pupils should be at their tutor room when the 8.35am bell rings. All external gates, apart from the Main Entrance, will be locked at this time.

8.55am onwards - Pupils arriving after this time must report to Reception and sign the late sheet prior to making their way straight to lesson. A late detention slip will be issued.

Lessons - Registers are taken at the start of each lesson; pupils arriving late are marked late by class teachers.

Sanctions
Any pupil who arrives late to School will be issued with a late detention slip. The detention will take place that lunchtime for 20 minutes.  If they do not attend, they will be issued with a same day 30 minute detention after school. Pupils who frequently arrive after 8.55am are liable to formal proceedings, which will be initiated by the Educational Welfare Officer and may ultimately result in a £60 fixed penalty. Attendance information is recorded and reported to parents/carers via termly Progress Reports. The same information (post Year 11) is made available to potential further education institutions and employers.

Rewards
Alongside other tangible rewards including vouchers and trips, badges will be an integral part of the reward system. Vivos will be awarded to pupils by staff around school when displaying respect, aspiration, determination and independence in a variety of forms.  Once pupils have received a set amount of points in a specific subject area they will be awarded a subject badge. All badges will awarded in weekly assemblies. 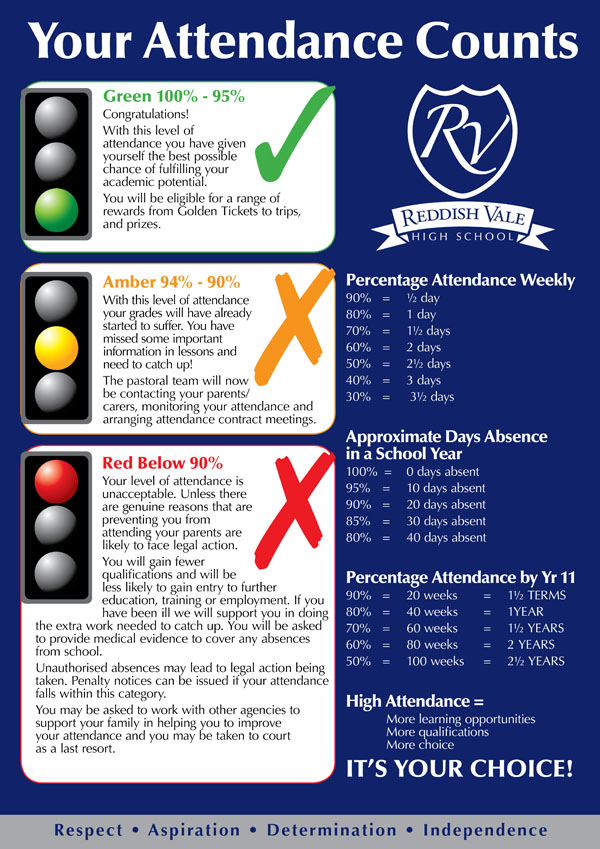